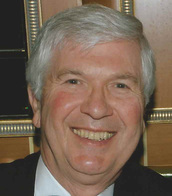 Whilst Nigel Thomas specialist subject is world military history 1900-date he is also interested in historical mysteries and foreign travel. He can deliver the following 40-minute Powerpoint presentations within 20 miles of Newcastle-Upon-Tyne, Tyne-&-Wear, UK.

If you are interested in booking a presentation then please provide the following important information:

I can be contacted via the Contact Details.
A. Military History
1. The German Army of the First World War
This lecture examines the organization and tactics of Great Britain’s principal enemy in the Great War, a formidable foe who was fought to a standstill on the Western Front whilst triumphing in the East.


2. Russo-Polish War 1919-1921
The Battle of Warsaw in August 1920 saw a decisive Polish victory in a war which is almost unknown in Western Europe, but which determined the political map of Eirope between the two world wars.


3. The forgotten Blitzkrieg: Hitler’s campaigns in Scandinavia and
the Low Countries
An examination of the doomed resistance by the armed forces of Denmark, Norway, Luxembourg, Netherlands and Belgium to confront the German Wehrmacht April – June 1940 and its implications for postwar Europe.


4. Vlasov, Cossacks and Balts: Hitler’s Soviet Armies 1941-1945
A large number of citizens of the Soviet Union were recruited by Nazi Germany to fight Stalin. This is a memorial to their tragic story.


5. The British Army in North-East England
The North-East enjoys a proud tradition within the British Army. This lecture examines historic regiments such as the Durham Light Infantry and Royal Northumberland Fusiliers and north-eastern winners of the Victoria Cross.
B. Enduring Mysteries
1. Who was King Arthur?
An examination of 5th Century Britain covering the departure of the Romans, British supremacy and the arrival of the Anglo-Saxons. Possible candidates for the historical Arthur are discussed, also the reality behind Camelot, the Round Table, Excalibur and Merlin.


2. Who killed JFK?
The assassination of President John F. Kennedy remains a popular controversy. This lecture examines the evidence, the official version of the assassination and the enduring conspiracy theories.
C. TRAVELOGUES
1. Israel: down the generations
Israel and the West Bank of the Jordan have perhaps witnessed more historical and religious events than anywhere else on earth. This lecture covers the period from the birth of Jesus up to the present day using images taken during a recent visit to Israel.


2. A Black Sea Odyssey (2013)
An illustrated presentation of a cruise around the Black Sea, berthing at ports including Istanbul, Trabzon and Gallipoli (Turkey), Novorossiysk and Sochi (Russia), Yalta and Sevastopol (Ukraine, now Russia) and Odessa (Ukraine).


3. The Road to Transylvania (2014)
An illustrated presentation of a coach tour through the Balkans, travalling through Hungary, Serbia, Bulgaria and Romania,ending in the fascinating province of Transylvania, reputedly the home of Dracula.


4. Get your kicks on Route 66 (2015)
The historic Route 66 holds an enduring fascination for anyone interested in American contemporary history and pop culture. This is an illustrated presentation of a trip from Chicago and the lush fields of Illinois through eight states, ending in Los Angeles, the home of American movies. This is a poignant journey full of interesting characters and places to visit.


5. Arabian Cruise (2018)
This cruise around the Arabian peninsula visits Dubai, Muscat, a journey around the Pirate Coast, Petra, Jerusalem, Suez Canal and Athens highlighting a region that is becoming increasingly difficult to visit as the Middle East becomes more unstable.
Website Mockup